iPhone 14 Pro, Pixel 7, and Other Phones We Can’t Wait to See

This year, Apple, Google, and Samsung may release significant updates.

Apple, Samsung, Google, and OnePlus all released new phones in 2022, but the most intriguing products are expected to be released in the fall. The Pixel 7 will be driven by a new version of Google’s Tensor chip, while Apple is likely to introduce a massive version of the ordinary, non-Pro iPhone. Samsung is also rumored to be working on a new foldable.

Based on rumors and reports thus far, here are the phones we’re most excited to see in 2022. We’ve also included a section at the bottom for phones that were previously on this list but were later announced, such as Samsung’s Galaxy S22 Ultra and Google’s Pixel 6A.

The iPhone 14 Pro will almost certainly include the normal enhancements you’d expect from a next-generation iPhone, like a new Apple chipset and possibly some design changes. The new camera, though, appears to be the most fascinating prospective addition. According to reports, the iPhone 14 Pro and Pro Max will sport a 48-megapixel main camera. This is according to two claims from well-known Apple analyst Ming-Chi Kuo, as reported by 9to5Mac and MacRumors.

Apple has made numerous improvements to the iPhone Pro camera over the years, including the addition of a third ultrawide camera lens in 2019 with the iPhone 11 Pro and an increase in the zoom range of the telephoto camera in 2020 with the iPhone 12 Pro Max. However, the resolution has remained at 12 megapixels for years, even as far back as the iPhone 7.

Resolution alone isn’t enough. There is a lot more that goes into taking a fantastic photograph. Image quality is heavily influenced by factors such as sensor size and the aperture of the camera, which is the opening that allows light to enter. Other internal advancements, such as the enhancements Apple’s latest CPUs bring to image processing algorithms and machine learning, also have an impact on camera performance. However, a substantial bump like this would imply that considerable camera upgrades are on the way for Apple’s next pro-grade iPhone.

According to Kuo, the iPhone 14 Pro and bigger Pro Max will be the only models utilizing Apple’s new A16 chipset. Non-Pro versions of the iPhone 14 will apparently run on the same A15 chip featured in the iPhone 13 series, representing a significant shift from Apple’s usual practice.

The iPhone 14 Pro is expected to be released in September, in keeping with Apple’s typical release schedule. According to Kuo, the phone will also include a new hole-punch-shaped cut-out for the front camera to replace the notch.

The primary changes we expect to see in next year’s flagship iPhone are in the camera, design, and screen size. But it’s the rumored iPhone 14 Max that has me most thrilled; it’s thought to be a supersized version of Apple’s ordinary next-generation iPhone.

Apple’s iPhone 14 Max appears to be intended for consumers who want a larger screen but aren’t interested in the other upgrades that come with Apple’s Pro range, such as a triple-lens camera and lidar sensor. It could be a good option for iPhone aficionados who want a large display but don’t want to spend $1,099 on the iPhone 13 Pro Max.

We’ll probably have to wait until the fall to learn more about Apple’s iPhone intentions.

This fall, Google’s Pixel phone will receive a significant upgrade. During Google I/O in May, the company previewed the Pixel 7, disclosing that it will sport a second-generation Tensor processor, a glass body with a new aluminum camera bar, and a triple-lens camera on the Pro variant. That’s all Google has informed us for the time being, but the corporation has vowed to provide additional information later in the year.

The Pixel 6 was the first phone to incorporate Google’s proprietary Tensor processor, ushering in a new era for the Pixel series. Machine learning activities such as translation, image processing, and speech recognition were enhanced by the device. Although the Pixel 7 is unlikely to be a substantial boost over the Pixel 6, I’m interested to see what Google’s Tensor processor has in store for the next edition.

Google hasn’t confirmed anything about plans to release a foldable Pixel phone, but whispers have been spreading recently. According to 9to5Google, Google’s first foldable phone could be called the Pixel Notepad. Perhaps more intriguingly, the article claims that the Pixel Notepad will be less expensive than Samsung’s $1,800 Galaxy Z Fold 3. That’s significant since high prices have been one of the most significant roadblocks for today’s foldable.

In terms of appearance, Google’s foldable phone is more likely to resemble Oppo’s Find N than Samsung’s Galaxy Z Fold 3. This is according to animations discovered by 9to5Google in Android 12L, Google’s Android version geared for larger-screen devices such as tablets.

However, according to 9to5, the camera may be a step down from the Pixel 6.

According to Google, the foldable phone may use the same camera sensors as the Pixel 5. According to the newspaper, references to the Pixel Fold’s camera sensor were discovered in the Android package kit files (which are used to distribute and install Android apps) for Google’s camera app.

If Google’s foldable ends up with a lower-resolution camera than the Pixel 6, it’s plausible that Google made this tradeoff to attain a competitive price while keeping the device small. According to 9to5Google, other files related to Google’s camera app feature code reference a potential 2022 debut date, implying that the search giant may indeed announce its first foldable this year. However, according to a more recent claim from The Elec, Google has postponed the project, which was originally scheduled to begin in the fourth quarter of 2022.

Foldable phones are still prohibitively expensive and have numerous restrictions. However, Google’s present approach to smartphones has encouraged me to believe that it will offer something beneficial (or at least intriguing) to this arena.

Take, for example, the Pixel 6 and Pixel 6 Pro, both of which contain Google Assistant-only functionality. Wait Times, which shows estimated wait times before dialing a toll-free number, and Direct My Call, a tool for translating automated menus when dialing toll-free businesses, are two examples. Both of these changes demonstrate that Google is considering ways to improve the core operation of smartphones. I’m hoping it’ll follow a similar approach to foldable devices, especially now that Google has begun manufacturing its own phone chips.

The Galaxy Z Fold 3 from Samsung is the most polished foldable phone I’ve used, and it’s nearly the first foldable phone I’d recommend. However, it is still far more expensive than the normal phone, and the Z Fold 3’s unusual form makes it feel difficult to use as a regular phone.

Given Samsung’s accomplishments in foldable phones thus far, I’m eager to see how it handles these problems in the future. We’ll probably find out more on August 10th, when Samsung has its next Unpacked presentation. Although the firm has not directly stated that the Galaxy Z Fold 4 will be released, Samsung’s TM Roh stated in a recent blog post that he “can’t wait to show you the possibilities of our next Samsung Galaxy foldable.”

Samsung also stated that the Galaxy Z Fold 3 and Galaxy Z Flip 3 sold four times as many units as its prior foldable phones did in 2020. That alone shows that demand for the Z Fold 3 and Z Flip 3 has been strong, giving Samsung cause to press on.

According to reports, the Galaxy Z Fold 4 will have a new hinge and enhanced cameras similar to those found on the Galaxy S22. However, I’d want to see longer battery life, reduced pricing, more software features that make greater use of the Z Fold’s larger screen, and a revised design that makes the tablet less awkward when folded. It would also be fantastic if Samsung included the S-Pen stylus with future Fold models rather than selling it separately. 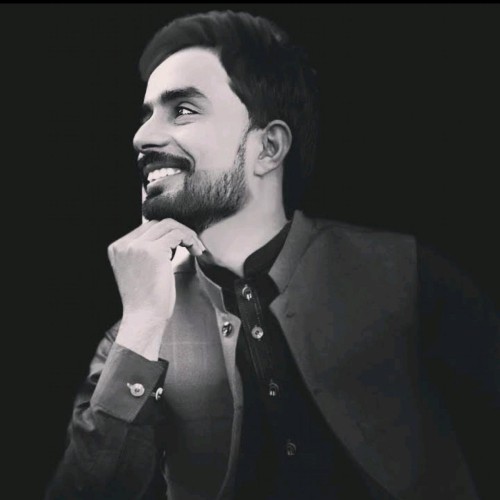 USA top 10 insurance companies and their features for students

USA top 10 insurance companies and their features for students